In a major relief to thousands of Indians living in the US, the Trump administration has urged a federal district court not to block an Obama-era rule allowing certain categories of spouses of H-1B visa-holders to work in the country, saying that American workers have not been irreparably harmed by such work authorisation.

An H-4 visa is issued by the US Citizenship and Immigration Services (USCIS) to the immediate family members (spouse and children under 21 years of age) of the H-1B visa-holders, most of whom are Indian IT professionals. 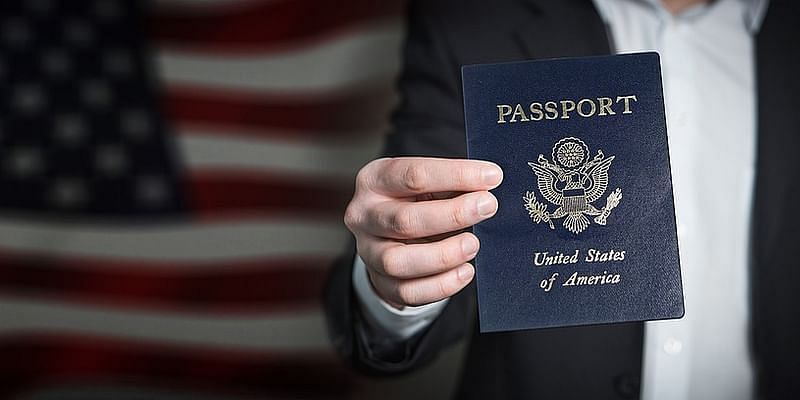 They had obtained work permits under a special order issued by the Obama administration in 2015. The visa is normally issued to those who have already started the process of seeking employment-based lawful permanent resident status in the country.

In a submission before the US District Court, District Washington this week, the Department of Homeland Security (DHS) argued that the American technology workers, who had challenged the 2015 ruling on giving work permits to H-4 visa-holders, have not been irreparably harmed by such work authorisation.

The DHS, in its submission on May 5, said the argument by Save Jobs USA on behalf of American technology workers "only speculates about potential economic harm to its members, based on five-year-old affidavits".

In its lawsuit filed in 2015, Save Jobs USA had argued that the regulation issued by the Obama administration to provide employment authorisation for certain H4 dependent spouses harms their members, who are American technology workers.

After coming to power, the Trump administration in December 2017 informed the court that it planned to rescind the Obama-era regulations. Since then, it told the court about half-a-dozen times about its intention to issue a Notice of Proposed Rulemaking (NPRM).

However, the DHS has not rescinded "Employment Authorisation for Certain H-4 Dependent Spouses" of 2015.

The DHS's court submission was in response to the one by Save Jobs USA, which sought a preliminary injunction to stop the H-4 rule from providing qualifying H-4 visa-holders with temporary employment authorisation.

Save Jobs USA had argued that the longer the case remains in abeyance, the greater the harm to US workers. The DHS disagreed, asserting that there is no such indication.

In an 11-page argument, the DHS asserted that Save Jobs USA failed to establish that its members' speculative economic injuries were sufficient to satisfy the DC Circuit's "high standard for irreparable injury".

The claim of irreparable harm by Save Jobs USA relied on the H-4 rule eliminating or significantly reducing employment opportunities, meaning that the number of available information-technology jobs would significantly decline due to the H-4 rule, it said.

"But this relationship has not been shown to be 'certain' and 'actual', rather than merely 'theoretical'," the DHS argued.

As such, the DHS urged the court to deny the motion of Save Jobs USA, seeking a preliminary injunction enjoining the H-4 rule. Save Jobs USA had sought a stay on the H-4 ruling.

How has the coronavirus outbreak disrupted your life? And how are you dealing with it? Write to us or send us a video with subject line 'Coronavirus Disruption' to editorial@yourstory.com

Here are five sectors that will shine brighter post-COVID-19