A letter to my former white friend, two weeks after the murder of George Floyd

A letter to my former white friend, two weeks after the murder of George Floyd

I hope this letter finds you well. In fact, based on your Instagram posts, I know it will. Congratulations on your engagement, trips to Vegas, and margarita brunches. They sure look fun.

You’re someone who I once knew quite well, someone I would’ve called a close friend. We went to school together, and we used to work together. You used to stay at my house every weekend, where my Black family fed you, cared for you, and loved you like one of our own. You cried into my arms when your boyfriend dumped you and you were certain you would never love again. You confided in me about your mental health issues and thanked me when I helped you find a therapist. I remember the time I slept in your guest room after a fight with my parents, or when you stayed up all night to help me study for that AP exam, or when you held my hair after I got too sick in college.

We haven’t seen much of each other in recent years. It may seem out of the blue, then, that I’m writing to you, but I have a question I’m hoping you’ll answer: do you believe Black lives matter?

It seems like the sort of question a Black woman should not have to ask her friends, whether past or present. I would like to assume that anyone who was close to me would believe in the basic rights of Black people like myself. Yet, over the years, through all your Facebook and Instagram posts about CrossFit and Cabo San Lucas, I have noticed the distinct absence of any comments on the prolific murders of Black people in America. Not just noticed, felt. You have gone through the trouble of documenting each of your breakfasts, but you have never documented your outrage at the men and women who are lynched in the streets.

You may be thinking that by no means does your silence indicate a denial of my human right to exist. You may simply not like politics or reading the news, and think that participating in the discourse of the day is not fun. If this is the case, I envy you.

I envy your blind confidence, your total assurance that no matter the law, uprising, or murder, nothing in the news is worth speaking out on, as it will likely not impact your white life. What bliss it must be to be so sure of your place in the world.

Maybe, somehow, you forgot that I am Black. You did say that you don’t see color; you just prefer to date only white guys. You said I don’t act like what you believe Black people act like; I speak so eloquently, I love indie music, I read Jane Austen. But I will remind you now that I am Black. That my family is. That my grandparents were terrorized in their own hometowns. That my ancestors picked cotton until blood ran red from their fingers. That people who look like me lived and died against their will to make life easier for people like you. Their lives did not matter in America. They were three-fifths a man. They were commodities. They were disposable. So do you think I am disposable, too? Is that why you will not say Black lives matter?

You may be thinking that I’ve gotten too radical. Maybe you miss the old me, the one who went along with your jokes. The one who you used to call Collardgreenisha and LaQuesha because you saw those names in a YouTube video and thought they were funny, even though she asked you to stop. The one whose skin you loved to touch and whose ass you would grope under her clothes even when she would pull away. The one who you said the n-word in front of that one time by accident, but she totally forgave you, right? You must have gotten sick of this new me, who is always posting about politics. This new me doesn’t go along with the jokes. She’s no fun. It is no fun to stand for Black lives.

I am fine with us not being friends anymore, truly; being friends with someone who denies Blackness is exhausting. I am happy to no longer be your Black doll, posable and able to fit into your white life, and tossed to the bottom of your toy bin when you got bored. Have you heard of James Baldwin? He wrote, “the white world is too powerful, too complacent, too ready with gratuitous humiliation, and, above all, too ignorant and too innocent.” He was right. Therefore, this letter is not an invitation for friendship. This letter is a request. This letter is a plea. This letter is a tombstone.

But they are a placid sea concealing a riptide. They are infected with a terror, anger, and numbness that can only be contracted from the experience of being Black in America. They hear your silence. They hear that you have not said that you believe their lives matter. They are not fine.

Writing this letter makes me angry. I’m angry that you, who had as much choice in your birth, appearance, and hair texture as I did, will never have to write a letter like this. You will never question if your life matters. You will never wonder what it would be like to meet someone who still, decades later, believes you are really only three-fifths of a person. You will never know the terror of getting a phone call that your brother was harassed by the police in front of your childhood home. You will never feel the humiliation of being called the n-word on your morning subway commute.

But I am not allowed to be angry here. Not in America. I must be calm instead—otherwise I will scare you, and you may call the police.

You may never say Black lives matter. Maybe it is for the reasons I have already said, or maybe it is because, deep inside of you, in places you do not dare to acknowledge, you do not truly believe Black lives matter. Even still, I will not let my heart harden to you, although I want to. I want to let it crystalize with rage, to let it toughen into something impenetrable. But I must let my heart be permeable and transparent—not for your sake, but mine. I will let my inherent need and desire to be acknowledged and be seen by all. I will allow a vulnerability that is only possible when my heart is free of parasitic hatred. And I will know, with blind assurance, that I matter. That we matter.

It is with that that I once again ask you: will you say Black lives matter?

The post A letter to my former white friend, two weeks after the murder of George Floyd appeared first on HelloGiggles. 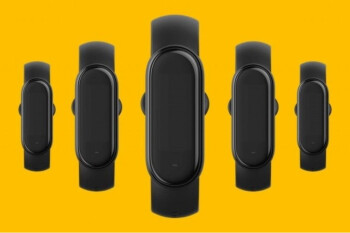 The next generation of the Xiaomi Mi Band fitness tracker , just a few days from now. One of the few products that are sold in the U.S., this year’s version of the popular wearable, the Mi Band 5, is rumored to be equipped with NFC, even for those models outside of China. This will allow the fitness tracker to work with mobile payment services outside of China. Last year, this feature was only available on the model sold dometically.The Xiaomi Mi Band 5 will reportedly act as a remote shutter for your smartphone camera and the big rumor has the device able to measure …