Smartwatches are so intelligent they tell you when they need more juice. The PowerWatch is so smart it generates its own electricity.

PowerWatch, which, today launched the Series 2 with improved generation capabilities, needs no external energy source because it is charged by its user’s own body heat, operating on thermoelectric power to keep it running.

The watch converts the differential between cooler air temperatures and the skin’s warmth into electricity that, along with supplemental solar cell power, generates sufficient energy to run the PowerWatch’s many features.

However, the watch’s GPS feature requires some parsimonious planning. The thermoelectric/solar charge can constantly fuel the heart-rate monitor, activity tracker (step count), calorie counter, and sleep monitor. But the GPS sucks the life out of the PowerWatch, getting only get 30 minutes of use per day unless the wearer banks time. 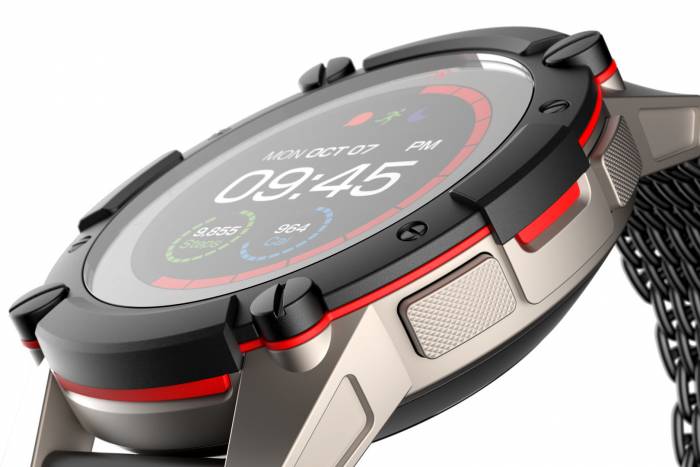 Douglas Tham, the CTO and co-founder of Matrix, the maker of PowerWatch, said, “From a fully charged state, we’ve measured continuous GPS runtime of 10 hours at the moment and will continue to improve this.” That’s the current max capacity of the battery, and Matrix is hoping to expand that with more software updates.

That means that, with 20 days of banked power, you can get 10 hours of GPS time in one go. One reason the GPS is so draining on the battery is that, unlike other GPS watches that use ping time to save the battery, the PowerWatch’s GPS is always on, providing outstanding accuracy — but only for a half an hour per day.

The base Series 2 model sells for $499. It has a full-color LCD screen with a sapphire glass case, aircraft-grade aluminum casing for a full-color display, 200m water resistance, and a silicone strap.

The smartwatch includes an accurate heart-rate monitor, location tracking, sleep monitoring, and Bluetooth connectivity. That means you can get notifications (for things such as incoming calls and texts) so you can feign paying close attention to a conversation while also staying up to date with your phone. 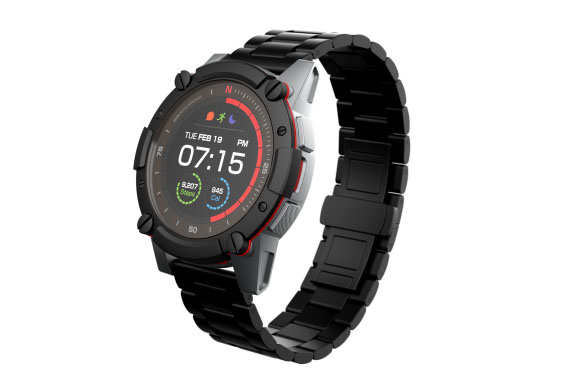 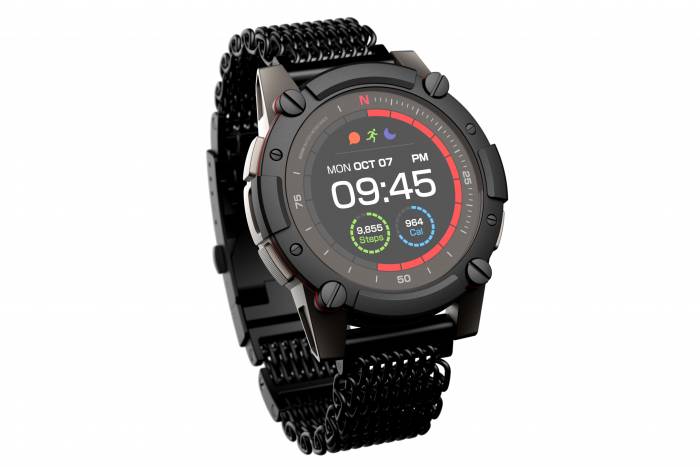 The PowerWatch Series 2 does many of the same things as other smart and fitness watches. It has an in-wrist heart-rate monitor, it counts steps, its GPS tracking works with proprietary and third-party apps, and it can use algorithms to measure things like sleep quality and activity.

In testing, the GPS was off by 9 percent on mileage (as compared to a Suunto 9 and adjusted by Strava for accuracy). The benefit is that it inflates the ego just a bit — it boasts a greater number than reality!

But ultimately, we’re going for accuracy. The step counts between the two watches were relatively close. The PowerWatch’s heart-rate feed was more accurate, presumably because, unlike Suunto and AppleWatch, the PowerWatch doesn’t factor in as much cadence into the heart-rate algorithm. 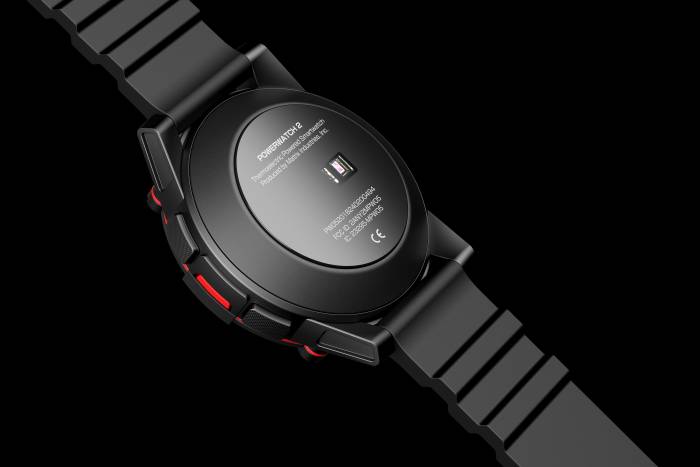 The PowerWatch’s calorie count is also more accurate because it factors in actual body heat as it relates to calorie burning. Similarly, PowerWatch’s always-on feature is especially convenient for those interested in tracking sleep patterns.

The new PowerWatch iOS/Android app enhances the watch, but it proves rather wonky and seems more of a work in progress at launch time. PowerWatch Series 2 does, however, integrate with other fitness platforms like Apple.

The initial setup was made a little challenging by a too-short power cable for the watch charge cradle that is necessary for an initial “jump” to prime the pump, so to speak.

But the user can easily overcome this with a longer cable, as the charger uses a standard USB and micro-USB cord. After that, and assuming the app is smoothed over with some programming progress, the watch is rather intuitive.

PowerWatch Series 2: Who It’s For

The PowerWatch Series 2 is probably best suited for those who are away from charging stations for days or weeks at a time. This model may be a thru-hiker’s dream watch. That’s because, if you don’t use GPS all that often, it should run indefinitely.

Most of the device’s basic features are both useful and accurate, so the product is off to a good start. Being your own power generator allows for ultimate freedom, and, hopefully, software updates will open up the GPS time and accuracy. Similarly, app enhancements are likely to add features and connectivity.