In a world of truly-wireless earphones, will Sony’s WI-1000XM2 with neckband style win?

When it comes to the audio industry, Japanese electronics maker Sony has made great strides in the last few years. Recently, the company has been focussing on quality noise cancellation in its audio products. 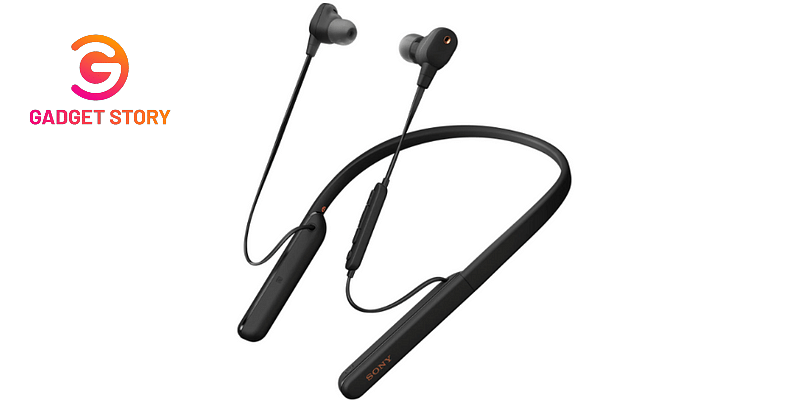 According to Sony, the WI-1000XM2 packs the QNI chip – that uses less power for noise cancellation and blocks the surrounding sound – the same one used in the ever-popular WH-1000XM3.

For the past couple of weeks, the earphones have been put to the test inside buildings and noisy streets of Delhi. Let’s find out if the WI-1000XM2 earphones are worth the retail price of Rs 21,990.

When you take the earphones out of the box, you can notice its premium build quality – a tangle-free design and in-line controls – which is easily reachable and much appreciated.

While it doesn’t waiver from the traditional neckband-style design, the flexible silicone neckband can be used for hours on a stretch without worrying about any discomfort. The wires of the earphones are connected with earbuds to the rest of the body.

It weighs around 58 grams, making the product lightweight. For convenience sake, all the buttons – on/off, volume, power, voice assistant button, a multi-purpose command key, the USB Type-C port for charging, and a 3.5mm audio port – are all located on the left side of the neckband.

It’s a clean yet comforting design, where most people would instantly take a liking to the minimal design of the neckband. 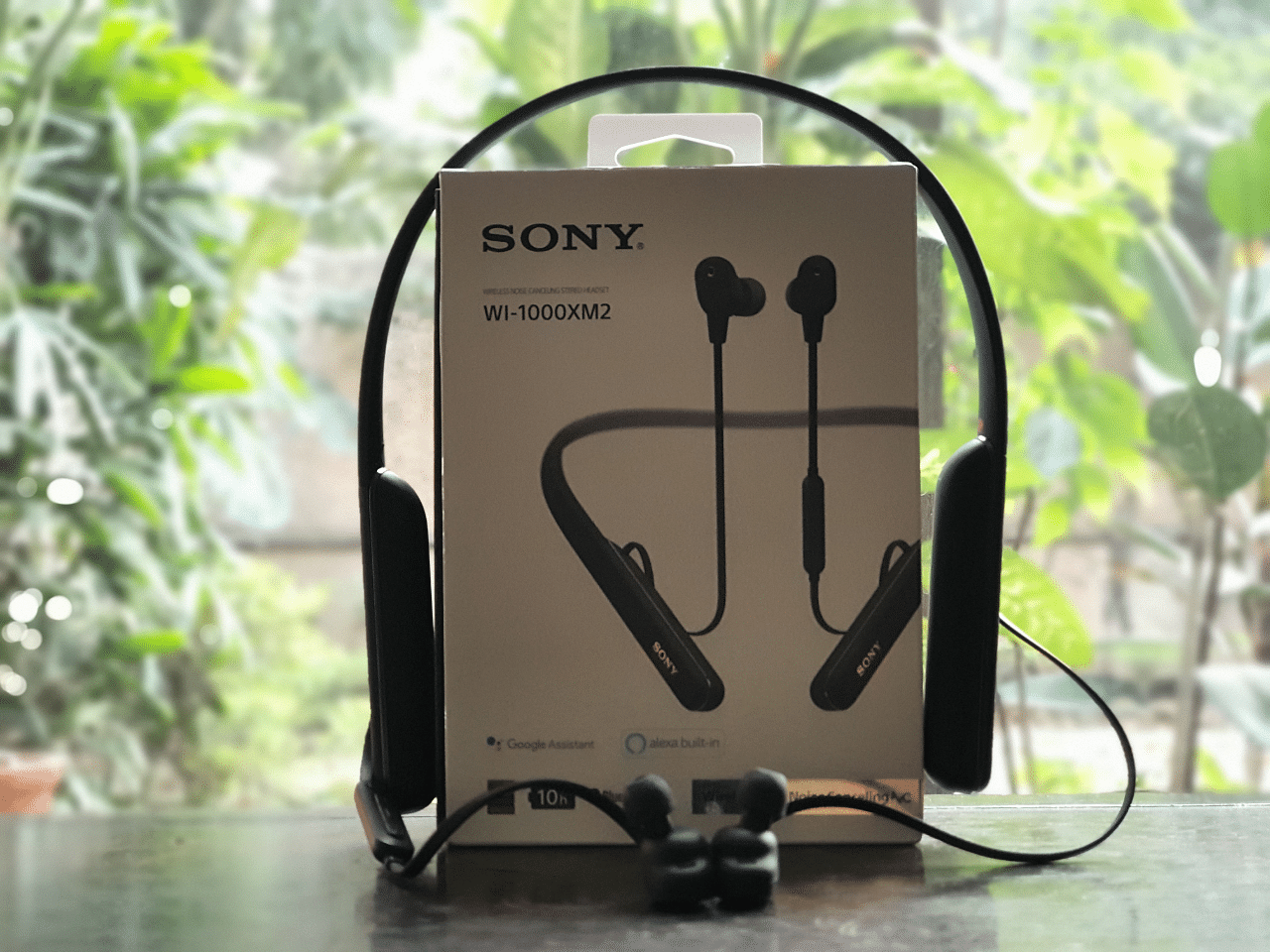 Also ReadSamsung Galaxy A51 is a decent, mid-range smartphone, but could have better cameras

However, for me, this thing didn’t work much.

First, they must stay on your neck at all times as they won’t fit your pockets, no matter what. They are just a little too big for that. Second, one must carry a case with them, in case they don’t want to have them on their neck for hours on end. The case must then be put inside a bag to be comfortable while walking, working, exercising, or doing any kind of activity.

Third, the fit of the earbuds themselves didn’t suit me. Sony offers six pairs of ear tips – three sizes in silicon and three sizes in rubber. Having tried them all on, I can say that none of them securely fit inside my ear canal. Further, the left earbud fell out on more than one occasion while I was testing the earphones. The left earbud also came out almost every time I went and pressed one of the buttons.

Sony’s WI-1000XM2 earphones aren’t for fitness enthusiasts. I wasn’t very comfortable running with the neckband earphones, even though I got a solid fit for my ear. The neckband jumped around too much while I was running.

The WI-1000XM2 also lacks any kind of waterproofing or dust resistance. 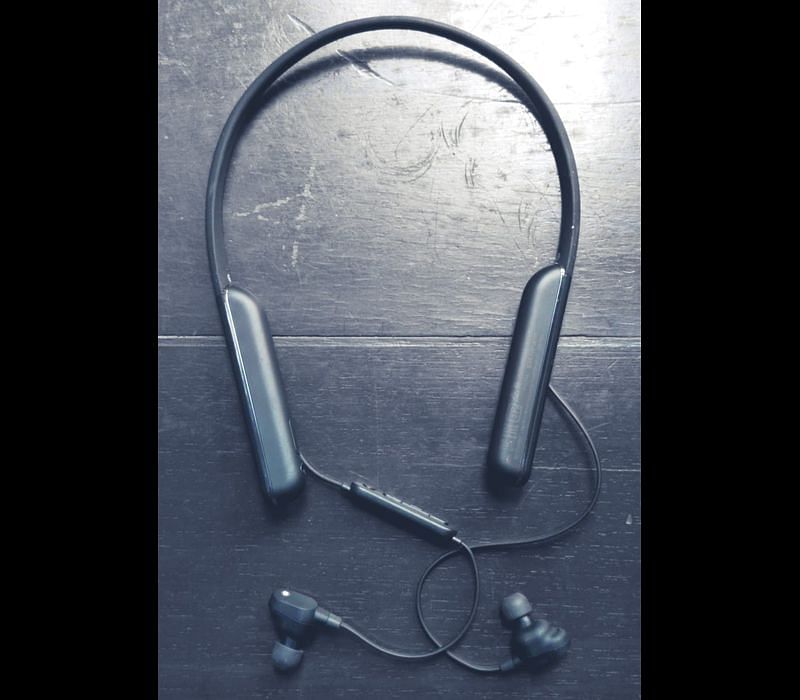 Sony is well-known for its audio products, and as always, the WI-1000XM2 also provides stellar audio output with its 9mm audio drivers. Whether its the bass, highs, lows, or the soundstage in general, the earphones provide great overall feedback.

The LDAC audio coding technology is developed in-house by Sony, which helps in having a higher transfer rate between the device (whatever you’re using to connect to the WI-1000XM2’s) and the earphones. This means that there is little to no loss in audio quality due to the compression.

The DSEE HX “upscales your existing sound source (those lossy MP3s or AACs) to near high-resolution sound quality”.

The vocals, as well as all the instruments, could be heard clearly and separately. The mids were extremely strong and the details popped while listening. Even at high frequencies, there was little to no distortion.

I listened at 75 percent volume or more, and it never got too loud for comfort. The only complaint I have was concerning the bass. It doesn’t punch as much as some earphones from the competition. It’s safe to say that no matter what song you play, people will be impressed with the sound quality. 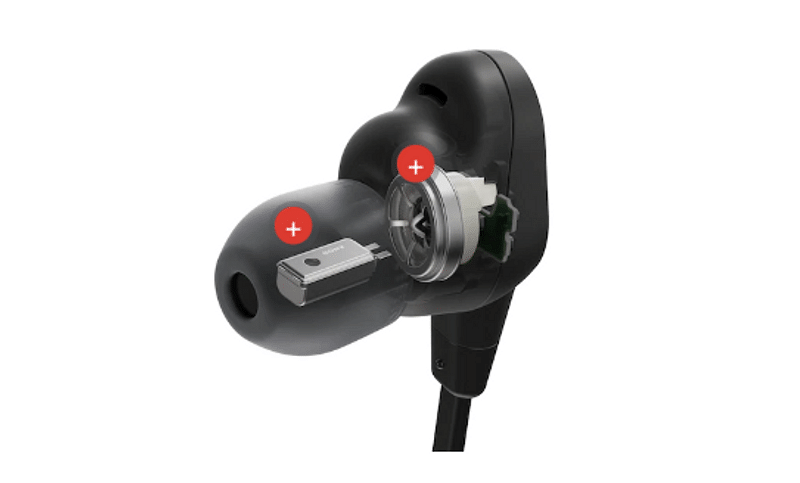 With a noisy environment around us, noise cancellation is a life-saver, especially on something like an airplane. Let me just tell you that noise cancellation on the WI-1000XM2 works like a dream. It has to be enabled through the app, but once that is done, you’ll never look back.

An ambient sound control customises the noise-cancellation intensity, depending on the current surroundings. Further, an option to automatically turn on the adaptive sound-control mode is also provided.

It is a blessing, as one can just walk out of the house, cross the road, and hear sounds of the cars without being blissfully unaware of the surroundings.

What else would one want besides excellent audio output from their earphones/headphones?

Moreover, the battery life on the WI-1000XM2 and the charging times are excellent. With a battery rated for 10+ hours, these neckbands with noise cancellation enabled, last for about six to seven hours. With noise cancellation disabled, I could get just below 10 hours on a single charge. Within an hour, one can fully recharge the neckbands.

Further, I noticed a loss of connectivity every so often. It was negligible at first but became continuos towards the end of my review period. I tried switching the device that the earphones were connected to, but that didn’t help much. It mostly happened when I would speed up my walking or go for a jog. It never occurred when I was sitting still or in a moving vehicle.

As I said at the top of this review, one must first decide whether a neckband-style earphone is to their liking or not. At Rs 21,990, the WI-1000XM2 don’t come cheap. It does punches above its weight for sound quality but is sound everything?

With an impressive audio output and noise cancellation far above its competitors, are the earphones worth Rs 21,990? Yes, the WI-1000XM2’s are an almost complete package, save for the lack of waterproofing, dust resistance, and the loss of connectivity.

If you’re willing to put down Rs 21,990 and are comfortable with neckband-style earphones, then the Sony WI-1000XM2 should be right at the top of the list.

Also ReadThe Fitbit Versa 2 is better than its predecessor, but still limited as a smartwatch

The Best Workout Shoes for the Gym in 2020